At 5 am on Sunday morning our teachers (Ms Schirmaier-Ebert, Ms Rothenburger-Kavermann, Ms Brudy and Ms Türke) met us at the Heinrich-Klein-Halle.

After everybody had shown their passports and taken their seats, we started our long journey to the UK. We drove through the Eurotunnel, which took about 30 minutes. Before we entered the tunnel we had to wait for an hour, because we were actually early – usually it’s the other way around, but never mind.

In England the weather was sunny and warm and it stayed like that almost the whole time, which was surprising for us because we had expected rain J. Even though the journey was long and exhausting, it was also fun talking to your friends on the bus and making new ones. At half past eight we finally arrived at meeting point A, where the first host families were waiting for us. There were 3 meeting points (A,B and C), where the bus picked us up every morning and dropped us in the evening. Everybody was very excited to meet their host families, so it got very loud. This evening everybody was happy to finally get to their beds.

On the morning of the 1st day we had to find our meeting point again and we were supposed to not get hit by a car, which is at first really difficult when you are in a country where people drive on the other side. Today’s program was Stonehenge and Salisbury. Again we had about an hour bus ride, but it was really worth it. Stonehenge is very beautiful and we were able to take amazing pictures. There was only one downside: there were very annoying bugs which were flying around you and sitting on you or even in your hair. After walking back from Stonehenge our bus took us to Salisbury where we visited the cathedral in which the legendary Magna Carta is exhibited. When we finished visiting the Cathedral we got some time to hit the stores; we discovered that some shops in England are quite similar to the ones in Germany. Salisbury is a beautiful city and even though half of the group had a sunburn, we can say it was a lovely day.

On Tuesday we had an early start again and everybody was tired – Ms Türke had told us to go to bed earlier, but obviously nobody paid attention. We drove one and a half hours to Portsmouth to explore Portsmouth Historic Dockyard with the Mary Rose (Henry VIII’s ship) and some other historic ships as well as the huge Spinnaker Tower. The view from the Tower was amazing and we were all speechless. After enjoying the view for a while we were allowed to go shopping and to have lunch. We tried fish and chips and we were quite disappointed because it wasn’t that good, but we think it was because of the shop and not the food itself. Later on we could choose what we wanted to do and our group decided to go on a harbour tour, which was very breezy but also cool. After that we just drove back to Bournemouth and went home to our host families. It was an amazing day, but also very exhausting and I think most people’s feet hurt just as badly as ours did.

On Wednesday we were split into two groups: Group 1 went to Highcliffe School in Christchurch, where Mr Barnes, the German teacher, welcomed us. He had organised a tour of the school and two lessons we could join to see what school in England is like. We also had lunch in the school canteen, which is very different from ours because they offer a wide variety of food you can choose from. Group 2 went to Bournemouth to explore the town and the beach. Since the weather was gorgeous, they apparently spent most of their free time there at the beach.

In the afternoon we all went to Christchurch together. Mr Barnes gave us a tour of the Priory (the famous church in Christchurch) but since an orchestra had rehearsals there we could not all go in together and the visit was voluntary. Quite a few people opted to go inside the building, which Ms Türke was obviously really amazed by. After that, we walked through Christchurch, took a group photo and had some free time to look at some shops. For the end of the afternoon, our teachers had organized a little surprise for us: we went mini golfing. The mini golf course was dinosaur-themed and very neat. We personally were really bad at playing mini golf, but it was fun nevertheless.

On day 4 we swapped our morning program: Group 1 went to Bournemouth and group 2 attended Highcliffe school. As the weather was a bit rainy in the morning, those who didn’t want to go to town straight away, visited the Oceanarium, which was really cool and interesting. Later on we were lucky because the sun came out and after spending some time at the wide beach we walked through the Lower Gardens (park) to the city and went shopping. Unfortunately, we didn’t have enough time left to hit all the shops, but it was really fun anyway. After a quick lunch we had to get on the bus, pick up group 1 at Highcliffe and start the long journey home. It was very uncomfortable because you couldn’t lie down and there was not enough space. After passing through the tunnel, most people quieted down so we could sleep at least a bit – or not.

The trip in general was amazing and very beautiful, but we think it was too short; we definitely would have enjoyed some more days in England with our host families and each other. 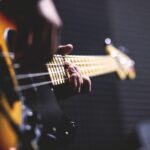